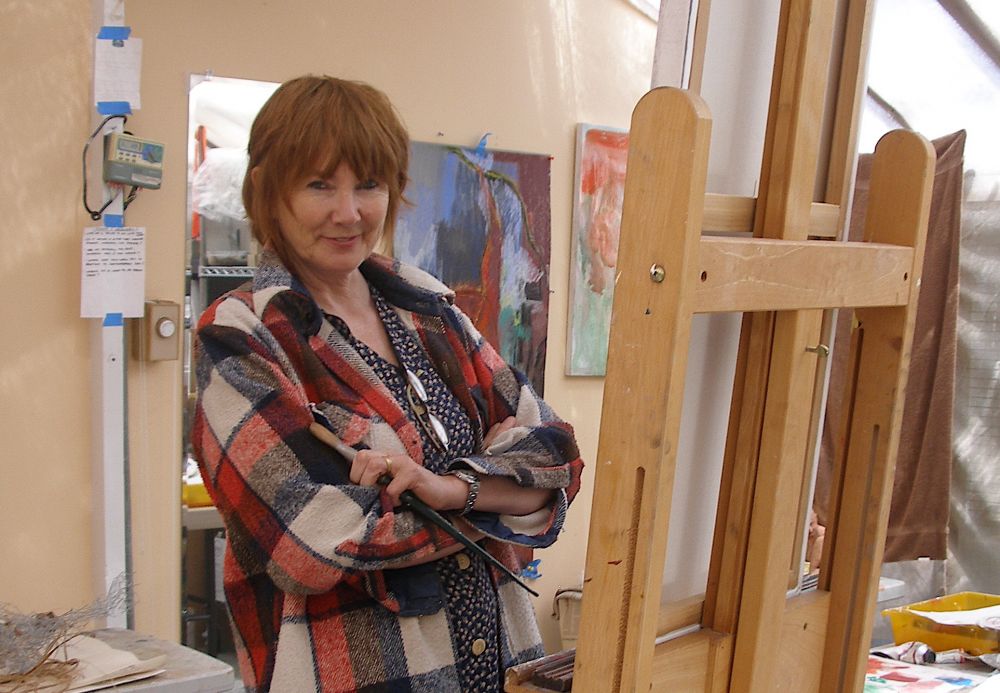 about me
I was born and raised in London, England. I spent my early years working in a London studio as a transparency retoucher, in the days when the work was done with a paintbrush and a light box, before computers took over. As a youth, I would go door-to-door raising money for the World Wildlife Fund. It is hard to say where my original connection with wildlife began, having been raised in urban London but my life-long passion for wildlife led me to change careers, into the zoo world. My work at London Zoo ultimately led to my  move to the U.S. where I have lived since 1988.

After leaving a career in zoo animal management in 2003, I wanted to 'try to make a difference' through my art. I have been painting and sculpting full-time ever since and graduated from the Art Studio Program at UC Berkeley, CA in 2005

I have taken workshops in 2009 and 2011 with the artist, Leigh Hyams; in 2013 with the artist, Mary Vaughan and in 2017 with artist Eva Bovenzi.
I participate in a monthly critique group. In addition, I attend life drawing classes and sculpture classes on a regular basis.

* A portion of all sales goes to wildlife conservation